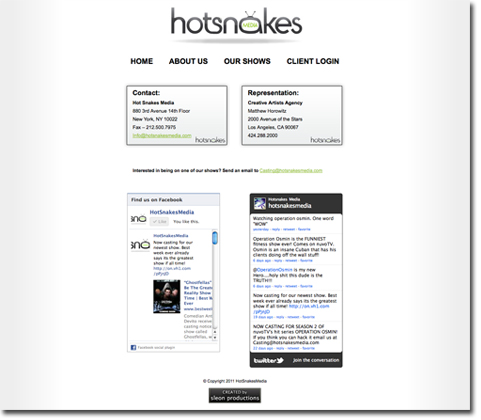 sleon productions is pleased to announce in working with their first entertainment company, Hot Snakes Media. Hot Snakes Media’s goal is revolutionizing the way unscripted television is produced. Hot Snakes Media was founded by Eric Evangelista, who has formerly worked for Law & Order and ABC News, just to name a few. They produce high […]

sleon productions is proud to work with Regent University’s Journalism Department launching their student publishing site: The Daily Runner. We worked mostly on their site development & logo design. We added a background that portrays a opened newspaper to add some old-fashion flavor. And finally, some social media integration 🙂

Our first ever iPhone/iPad app site launched for Impressive Technology, Inc.! We are thrilled that they have worked with us and hope that their app, “Smart Words” does well in the iPhone/iPad world. We worked on their logo and site layout using wordpress. The logo resembles a computer screen that focuses on a subject. The […]