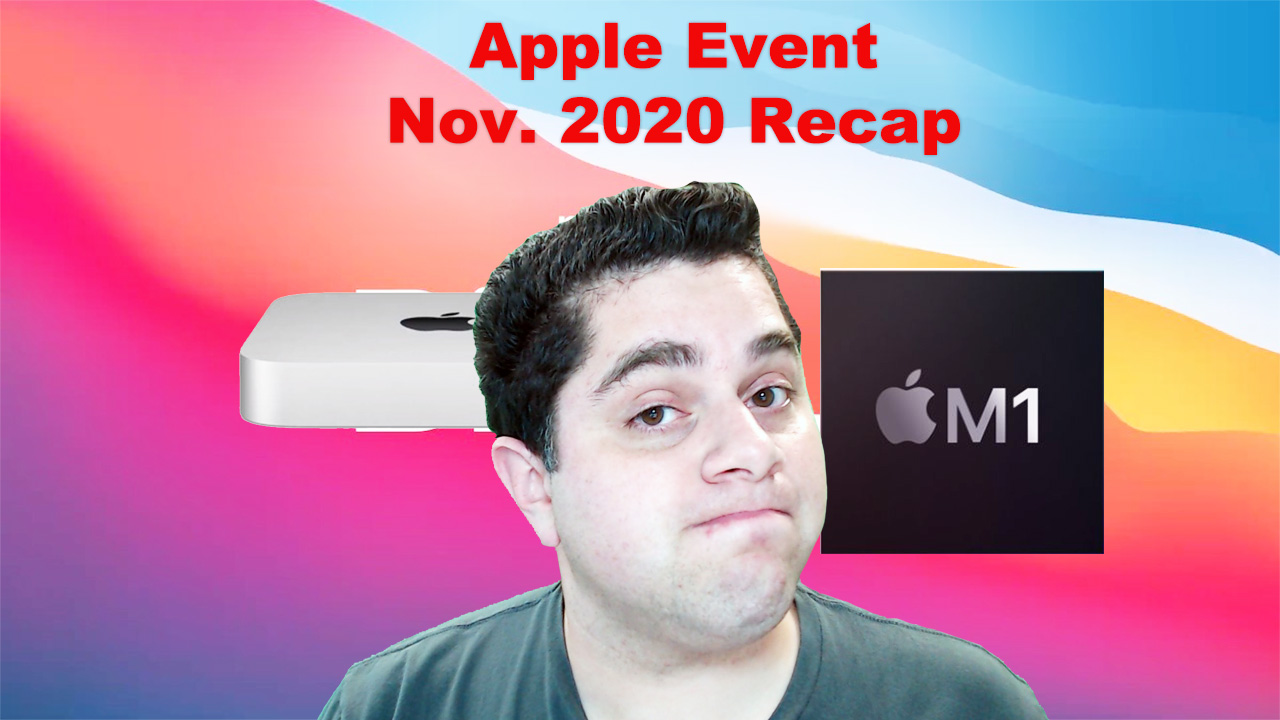 The November 2020 Apple Event “One More Thing” was all about the M1 Chip and the Macs.

The M1 chip is the first Apple Silicon Chip for the Mac.

Apple announced a whole new Mac lineup with the new M1 Chip: Starting with the MacBook Air having a silent design, 18 hour battery life and has no fan.

The unexpected star of the show was the MacMini, and the price starts at $699.

The 13” MacBook Pro with M1 includes a Active cooling system and has the best battery life ever. Price starts at $1299.

And finally, Apple announced macOS Big Sir that includes Advanced security, universal apps capability and Final Cut Pro timelines that can run up to 6 times faster with the M1 chip.