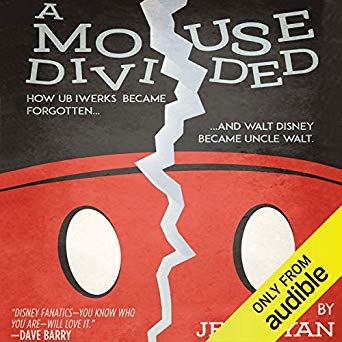 Jeff Ryan is the author of A MOUSE DIVIDED: How Ub Iwerks Became Forgotten…and Walt Disney Because Uncle Walt.