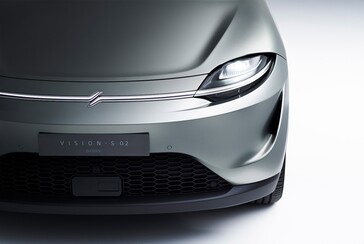 Another electric car, but this time from Sony. During CES 2022, Sony has revealed plans to start an electric car company, making it the latest electronics manufacturer to target the automotive sector.

Sony presented a prototype sport utility vehicle, the Vision-S 02, a coupe that began testing on public roads in Europe from December 2020.

Sony will even create a new company called Sony Mobility which will also aims to take on artificial intelligence.

No word on the release of the car.