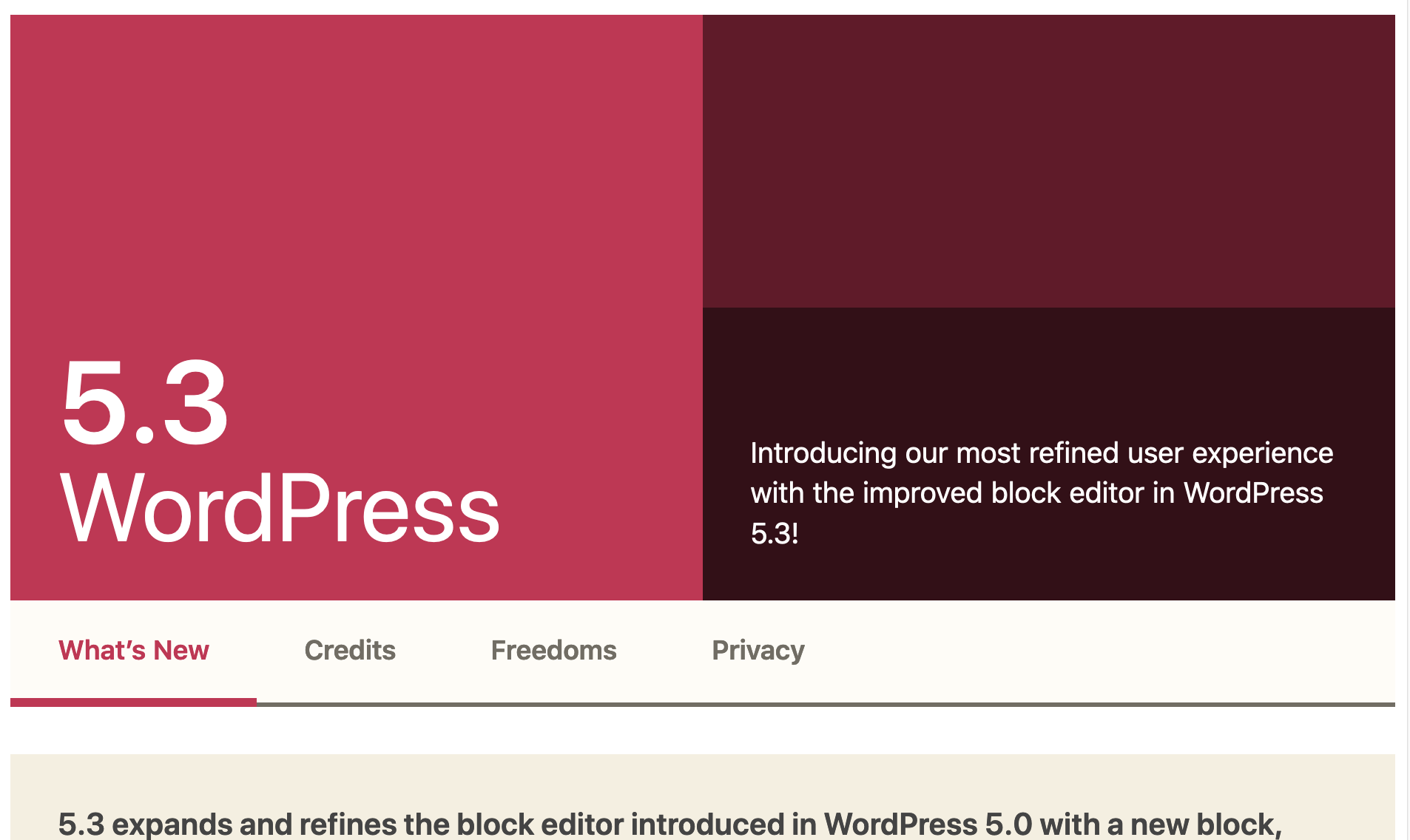 WordPress 5.3 “Kirk” was just released introducing a new block, more intuitive interactiions and improved accessibility. The editor increases option in design and layout drawing closer to other editors like Divi and Elementor.

5.3 expands and refines the block editor introduced in WordPress 5.0 with a new block, more intuitive interactions, and improved accessibility. New features in the editor increase design freedoms, provide additional layout options and style variations to allow designers complete control over the look of a site. This release also introduces the Twenty Twenty theme giving the user more design flexibility and integration with the block editor. Creating beautiful web pages and advanced layouts has never been easier.

The update also includes a new default theme named Twenty Twenty which is completely geared toward creating content with the block editor with its bold and opinionated styling.

The release was led by Matt Mullenweg, Francesca Marano, and David Baumwald. They were joined by the following contributors in supporting roles in getting version 5.3 released.

The PHP native JSON extension is now required for any site running WordPress 5.3 or later. This should not be an issue for the majority of users because the extension has been bundled with PHP by default since 2006. WordPress will output an error and cancel the update procedure if it detects the extension is missing. Users who are unable to update will need to contact their web hosts to have the extension enabled.